Home » Reviews » Gear » [UPDATE] MPow Bluetooth 4.0 Stereo Headset – Far better than it has any right to be.

[UPDATE] MPow Bluetooth 4.0 Stereo Headset – Far better than it has any right to be.

I recently picked up a new set of Bluetooth earbuds for listening to music while at the gym or riding my bike or jogging. I needed the new set to replace a set of Plantronics BackBeat Go II earbuds that had died (The battery was no longer taking a charge). Because I had a warranty claim in with Plantronics on my Go II’s already, I bought the cheapest thing I could find on Amazon with fair reviews. What I ended up with was the MPow Bluetooth 4.0 Stereo Headset: 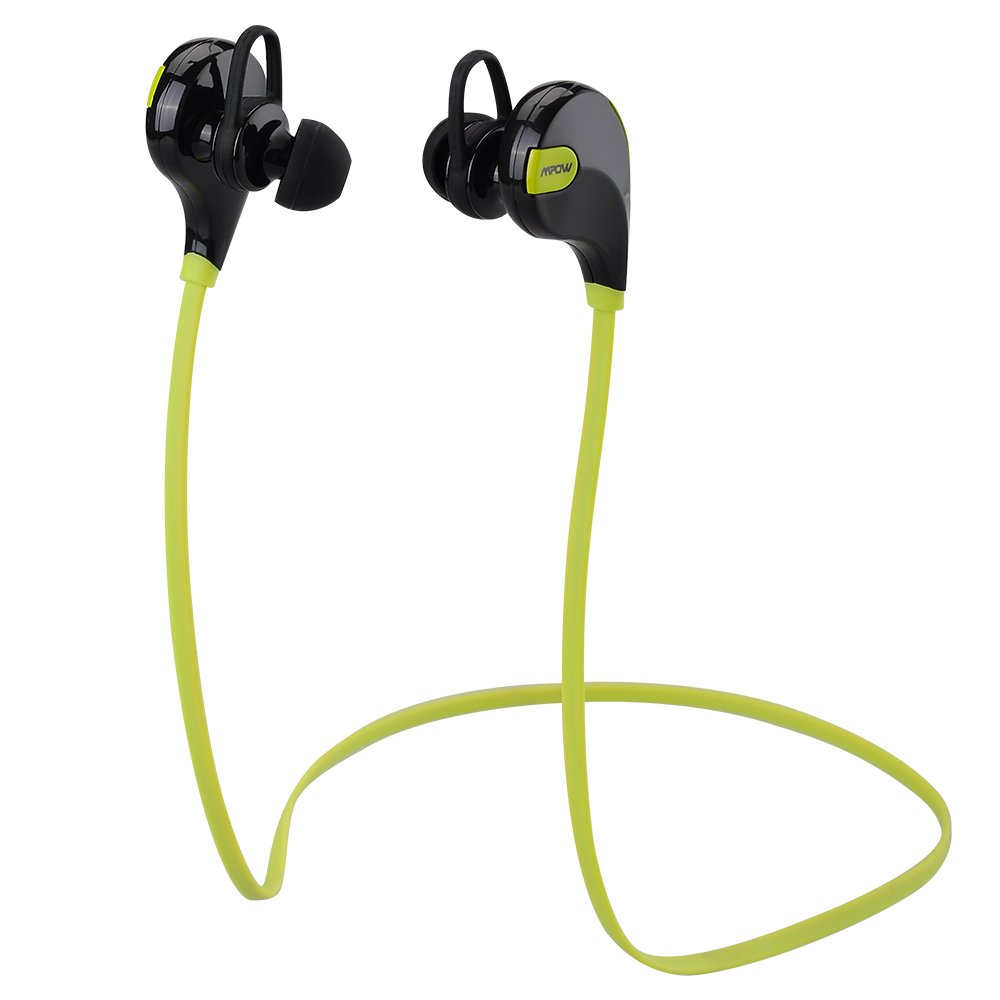 I will admit, I bought these with only two expectations in mind:

1: They will pair with my iPhone so I can listen to music while working out
2: I will be able to hear music, even if it is tinny, or too low, or scratchy, or poppy, or generally low-fidelity.

I will preface this with the fact that I have not, nor do I plan to, use the phone features of this headset for making calls. I bought this specifically to replace a broken pair of Plantronics BackBeat Go II bluetooth buds for working out in the gym, jogging, or whatever. So this review only focuses o that use case.

As the title said, I was quite surprised by these. After using the medium sized hook inserts and putting the smaller ear tips on, they fit far more comfortably than I expected them to. In fact, I could conceivably wear these for hours without issue, they are as comfortable as my Bose QC-20i and Shure SE215s. They also do an admirable job of blocking noise (non-actively). I don’t hear a lot of rubbing noises as I move, they fit and sit firmly in my ears.

The sound reproduction was amazing. At least, amazing in the sense of “HOLY CRAP I DIDN’T EXPECT THAT”. The sound reproduction actually is quite good. They aren’t as good as my Shures or Bose, or other high end headsets, but you really don’t expect that from something at this price point. What you do get, however, is good, clear audio reproduction. My only real complaint there is that the sound is a bit bassy but not distorted. Just bassy with a bit of loss on the upper range. Mid-range is satisfying.

They battery life seems to be good. I really don’t know yet how long the battery will last, I’ve only used them on two gym trips so far, about and hour and 15 minutes each trip, so far on the same charge. This is already worlds above the Plantronics set that I paid twice as much for, which only have battery life for about 2 hours max.

So there are the big pros for this set of bluetooth earbuds. They are comfortable, have reasonable, and actually surprisingly good audio quality, and so far exemplary battery life.

The only con I’ve come across so far is that the controls don’t seem to control everything on my iPhone. So I can use the + and – buttons with a click and hold to skip songs, but when I use them to adjust volume, they adjust the headset volume NOT the overall phone volume. This isn’t as big a deal as it seems, though I imagine that lack of control may be an issue using them to make phone calls with.

There you have it. For the price, these are far better than they have any right to be. They’re already better than the more expensive set from the very respected Plantronics line at half the cost. These have definitely turned out to be a great purchase.

I’ve had these things for  a couple weeks now, and in the interim, Plantronics has shipped my replacement set of BackBeat Go II headphones to me.  After careful consideration of the merits of each, and after thinking long and hard, I have decided that…

… the Plantronics replacements are going on Craigslist.

I am really surprised by these things.  They sound good.  They’re comfortable for my use, an hour or two at a time at the gym.  And the battery seem to go on forever.  I’m at two weeks of use now (at about 1 hour 30 minutes a pop) and they STILL are on the original charge.  Even when new, the Plantronics needed to be recharged after every two workouts.  So far, I’m 7 workouts in and still haven’t had these quit on me.  I’m not going to recharge them either until they do finally die on me.  I want to see just how long they’ll go.

So all in all, this is still one of the most surprising purchases I’ve made in a while.  I really didn’t have high expectations when I bought these headphones, but they are doing everything I expected of the Plantronics set in the first place, and they’re doing those things better.