Home » Animals » So it’s time to say Goodbye, yet again…

So it’s time to say Goodbye, yet again… 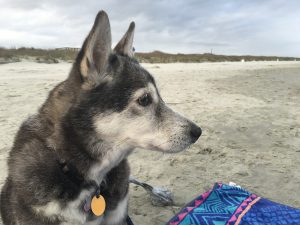 It started innocently enough.  Faith had had decreased appetite when we were at the beach and at the time we attributed that to her not wanting to stand on a slick, hardwood floor to eat (she is old, and weak, and so keeping her legs under her on a slick surface is a chore).  But when that continued after getting home, we took her in after realizing some of her back teeth had rotted to the point of being painful.  It seemed simple enough, she’d go on antibiotics and pain meds for a week to clear up any tooth infection and then we’d take her in to be sedated and have several teeth removed.

This morning, I dropped her off at the vet.  The vet called me back a lot faster than I expected.  As part of the pre-op routine, they ran bloodwork and found that her liver enzymes were out of spec by a significant amount.  So that led to a full liver panel and an ultrasound.

I just got the call with an update and the news is as I had feared.  She has definitive tumors all over her Liver and Spleen.  This is exactly the same diagnosis that Jazz got when Jazz stopped eating.  Funny coincidence, since Jazz was one of Faith’s puppies.  Mother and Daughter, dying from the same cancer, but this one much more definitive.

That means there is only one option, so with a very heavy heart, as I listened in on a work meeting with one ear, the phone with the vet pressed to the other, I made the decision that it’s time to let her go.  We’ve scheduled it for Monday afternoon, here at home.  We took Jazz to the Vet office to have it done and that was a mistake.  Faith mourned her disappearance for a long while, and the other dogs seemed off as well, noticing that I took Jazz away and never brought her home.  Now, not even two months removed from that loss, it’s time to suffer loss once more.  It’s time to say goodbye again.

On Monday, Faith will end her suffering, here at the only real home she’s ever known while being surrounded by the love of our diminished pack, hopefully with Jazz, Patches, and Jack ready to guide her to the bridge on the other side. 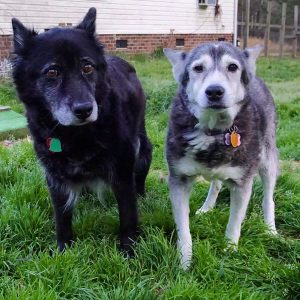 Jazz and Faith on the last day they were together. They’ll soon be together again.