Home » Musings » How do you decide when the choice is not obvious?

How do you decide when the choice is not obvious? 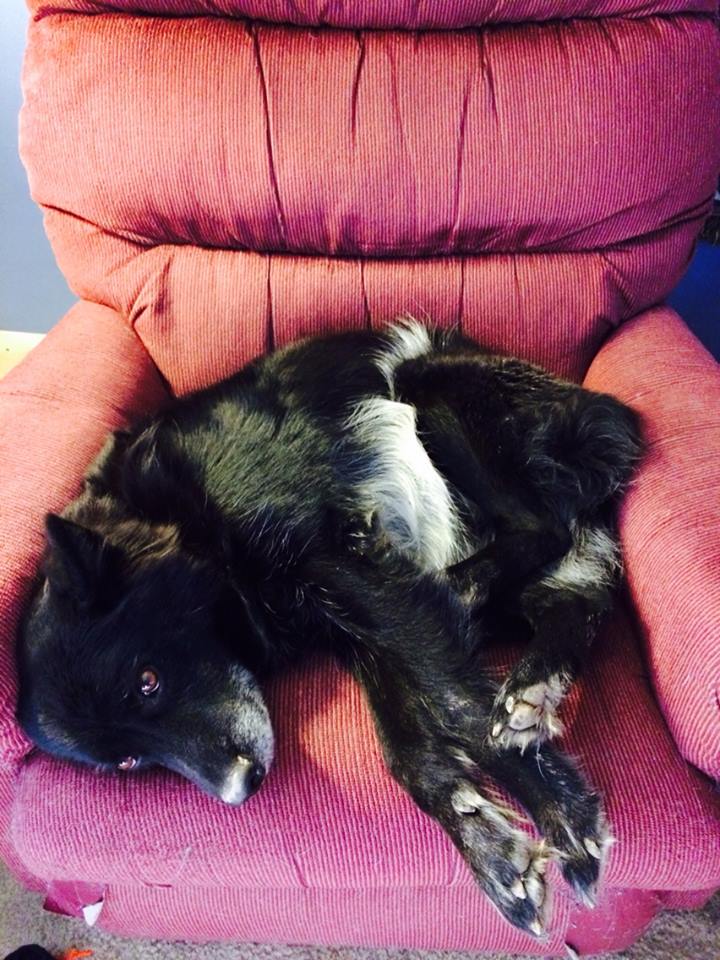 She came into my life 12 years ago, a sticky wet mess of black fir along with her siblings.  She was part of a litter that never should have been, just days before we were going to have her mom spayed, mom got caught on her run by a bad boy who had been living in our woods.  So some months later, we had a litter of mostly black Husky mix puppies.

We found homes for each and every one, and for each we firmly insisted that should the adoptive family not be able to keep the pup for any reason, at any time, all they had to do was call.  One family, after a few months, were not able to keep this one, my little White Tip Girl, because of their landlord.  I can only assume they didn’t actually run it buy him first.  In any case, we took her back and she never left.

She was my White Tipped Girl because she was solid black except for a stark white bit at the end of her tail.  As she grew, that slowly disappeared too until she was solid black. Before long, she was a big, black Husky/Shepherd looking dog with a deep, rumbling growl and a loud bark, and she was about as timid as it gets when it really comes down to it. 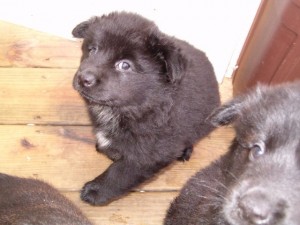 She’s hard headed, but listens well, loves to lay her head in my lap for scratches and just stares at me.  At night she gets huffy if you aren’t in bed on time (just like her mother did until she decided she’d rather sleep in the den).  At 12 she still bounces around like a puppy, chases squirrels and rabbits and barks at birds and noises that only she seems to be able to hear.

For all intents and purposes, she’s a healthy, happy, energetic dog who acts half her age.

But she’s not.  She started vomiting up dinner.  This would happen occasionally and we’d just chalk it up to her eating too fast, or maybe eating grass or other stuff out in the yard.  Occasionally became slightly more frequent, and she started vomiting at night or just before the evening meal time.  We took her to the vet and the ultrasound came back with a “mass” in her abdomen.  We opted to not go to a specialist to have it biopsied at a huge expense (northward of $2000 just for confirmation of what we were starting to suspect). Instead, we got her some anti-nausea meds and decided to wait a week or so.

So the meds helped.  No vomiting that I know of at all (except for a little bit of bile this morning on the way to her follow-up) until the meds ran out.  And since she was able to keep her food down, her weight increased by 2 pounds in a week, which is a good gain, all things considered.  However, her blood work hasn’t improved, and today a more experienced vet did the ultrasound and saw masses on her liver, pancreas and fluid building up where there shouldn’t be any.

Today’s visit was hard.  Even if we went the specialist route, there’s really nothing that can be done, other than re-confirming the inevitable.  So that is why today really sucks.  Now we have to make The Decision.  A decision that we’ve made before, only then it was not so hard.  For Patches and Jack, we knew, and they knew that they were ready to go.  Jazzy is not ready.  She’s still full of energy, bright, soft, loving.  She hasn’t slowed down a bit, even though she’s got a timebomb inside her.  The Vet says that when she crashes, it’ll be fast, and sudden.

So there’s the choice to make.  Do we end her life now, while she’s still vibrant, aware, not hurting, or do we wait, hoping that when the time comes it’s not on a weekend when the vet’s closed, or worse, that it doesn’t happen while we’re gone somewhere, coming home to find that she’d died alone while we were away.  Or do we wait, putting off what ultimately must happen, because we’re not ready.  It’s a gamble.  I am pretty sure that when the time comes, she won’t be tired.  She won’t look at me with that look that says “Daddy, it’s time for me to go.  I’m tired, and I don’t want to hurt anymore”.  She’ll look at me unsuspecting, not understanding why I’m in tears.  She’ll just drift off to sleep dreaming of whatever it is she dreams of until she’s no more. 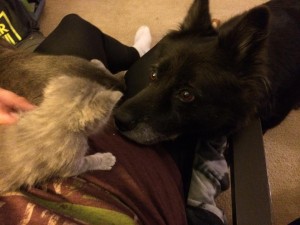 I’m not ready to let go.  But I need to be.  How do you make that choice when the choice is NOT obvious?