Why the Flash and his gang are the ultimate evil

I was watching some episodes of the CW show “The Flash” this week and a thought occurred to me.  Of all people and things, Barry and his cohorts are easily far more evil than the metahumans that they encounter and battle each week. 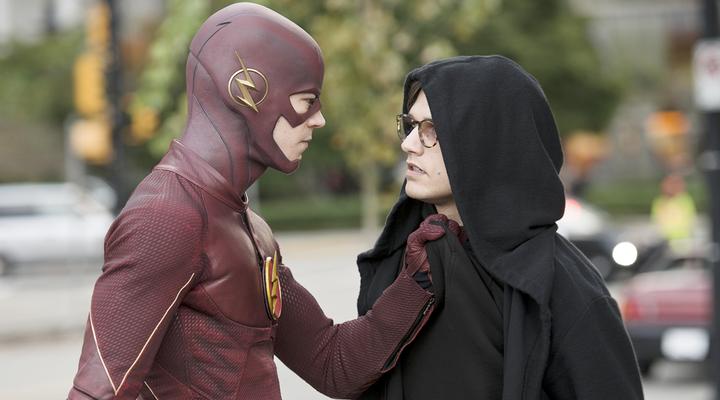 The Flash with an alleged wrongdoer

Think on this for a moment.  Metahumans are people with super-human skills.  Super Villains, or perhaps just innocents caught up in the effects of the particle accelerator explosion.  Each week, the flash takes on a new bad guy and locks the evil-doer up in his super-secret, ultra-secure metahuman prison in the ruins of the former STAR Labs particle accelerator.  The prison is almost fully automated and if you watch the show closely enough, more horrifying than a SuperMax prison today.

Consider this.  First, the Flash locks up the criminals without any regard at all for Due Process.  No trial, no verdict, no sentencing.  Miscreants are locked into a prison, presumably for life with no right to representation, no right to a jury of their peers, no rights to appeals, visitors or anything like that.  There is no Miranda, there is no bail hearing, there is no arraignment nor Grand Jury.  Even allegedly evil metahumans who may be mentally challenged are put away with extreme prejudice with no chance of rehabilitation or getting the psychological help they may desperately need. 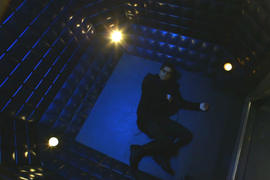 Next, consider the cells.  A normal SuperMax cell at the Colorado ADMAX prison is 7 feet by 12 feet (84 square feet) with a 4 inch by 4 foot window.  The cells in STAR Labs’ underground dungeon appear to be about 6  by 6, or 36 square feet.  That’s less than half the size of the cells in the United States’ most restrictive and feared prison.  The ADMAX cells have a 4 inch wide by 4 feet tall window on the outside wall and a window on the inside steel security door that allow in artificial light from one side natural sunlight and moonlight from the outside.  STAR Labs’ cells have only the windowed doors on the entrance side that only open to the inside of the accelerator tunnel, and if the state of the tunnel when Wells starts his finale end game is any indication, the lighting is minimal at best most of the time in the tunnel unless turned on for need.  Thus, prisoners’ only light source is what’s inside their tiny, square coffins. Floor Plan of a cell at ADMAX Colorado

Inside each ADMAX cell is a bed, a desk, a toilet and a shower.  There is even a Television for entertainment that is used as a reward for good behaviour.  STAR Labs’ cells have none of this.  Each prisoner is, presumably, left to sleep on the floor, in their own excrement.  They sit on the floor, they eat on the floor, they lie on the floor.  They have no hygiene facilities at all.  Just some dark colored walls and a window to a tunnel that is only illuminated part of the time.  In the ADMAX, prisoners are fed meals twice to three times per day through a slot on the cell door by part of a staff of several hundred Department of Corrections employees.  STAR Labs is manned by exactly 3 full time people (if you discount Dr. Wells) and only part time by Joe and Iris.  Those people are usually too busy worrying about their daily lives, their outside work lives, catching alleged bad-guys, who’s in love with who, what Oliver Queen had for lunch that day and generally enjoying the freedoms that they deny others.  So there’s no one left on-site to feed the inmates and remove the trash. Inmates in a SuperMax spend 23 hours a day in their cell and 1 hour each day outside, in fresh air, under the sun.  STAR Labs’ prisoners get none of that.  First, the STAR Labs prison is woefully understaffed, though unstaffed is likely a better word, and while capable of holding the strongest metahuman, has no provisions at all for containing them in fresh air, on grass, something that each SuperMax prisoner cherishes.

So imagine yourself now, locked away in a 49 square foot, dark walled box.  You had no chance to face the charges against you.  No chance to defend your actions.  No chance or hope of rehabilitation, parole or finishing your sentence.  You have been placed in this box, in a dark, foreboding, underground concrete tunnel by the alleged Hero “The Flash”, acting as Police, Prosecutor, Judge, Jury and Warden unilaterally with the support of a public police department that actually supports him in his role of robbing metahumans of the very basics of Law that our nation was founded on.  You must sleep each day on the floor.  You must eat on the floor.  You must relieve yourself wherever you can, in the corner, left to stew in the smell.  You have nothing to occupy your time, or your mind.  You’ll never step foot into the sunlight again, never even see the sky from your subterranean dungeon.  No one will ever come to visit you.  No one will ever pardon you.  No one will ever even know you’ve been taken.

The truth is, Barry West, a.k.a the Flash, and his gang are the real evil.  In the guise of “Protecting the Civilians” they’ve stripped away the rights and dignity of every meta-human they capture.  They’ve dehumanized them and converted them into “things” that are housed in repurposed storage boxes.  STAR Labs and Barry West are the analogs to mankind’s long history of secret detentions, psychological and physical deprivation and torture and ignorance of basic human rights and rule of law.

Barry West and STAR Labs are evil of the worst sort.  Evil done with the purest intentions. 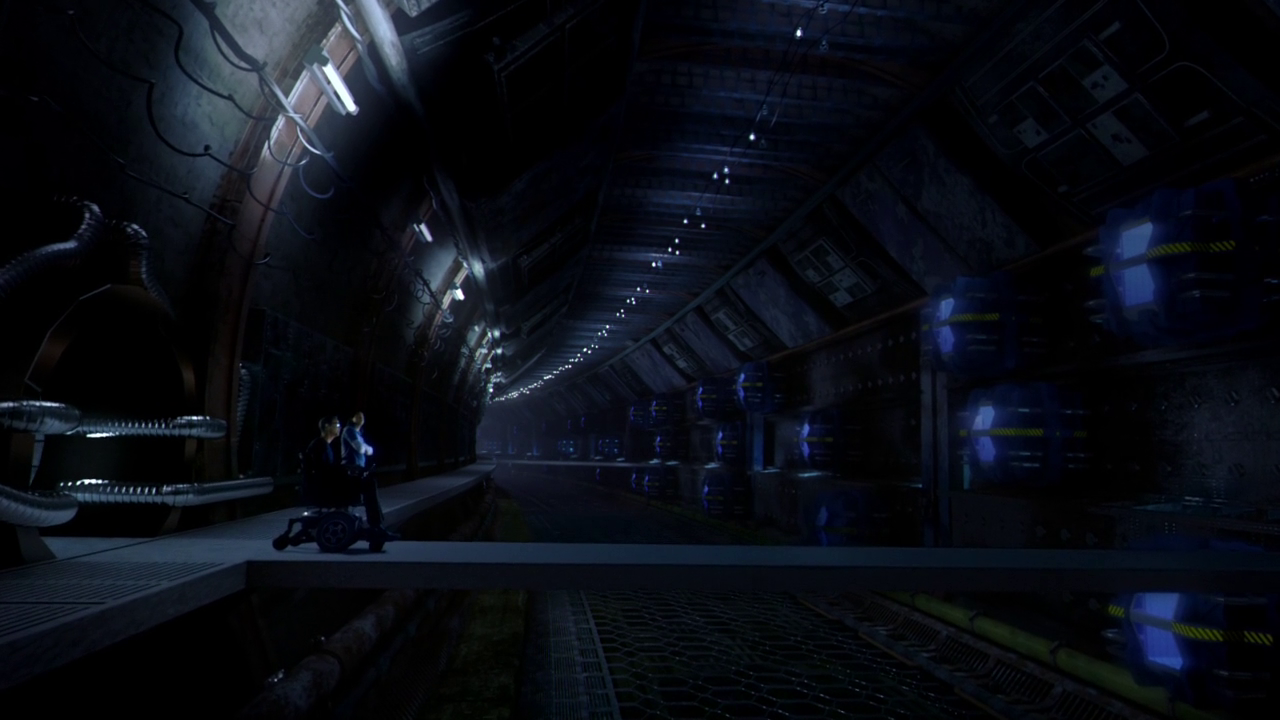 This is where you go to die, if you’re unlucky enough to encounter “The Flash”